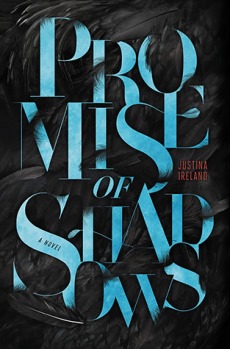 Zephyr Mourning is a harpy bred-and-born, albeit not a very good one—her fighting and magic skills are deplorable, she freezes up in the middle of a fight. She was all prepared to live the rest of her life in the mortal realm amidst the humans rather than become a fully-fledged contract killer for the Greek gods, known here as the Exalted, the high Aetherials. And then someone was ordered to kill her beloved older sister. Upon finding her sister’s body, Zephyr killed him right back … except that person was a god, one of the low-ranked Aetherials. Now she’s been condemned to spend the rest of her days in Tartarus, forever known as Godslayer, with no hope of redemption. All that changes when two teenage boys—one of whom used to be her childhood friend—come looking for her. Zephyr has a role to play, one she never would have expected.

While Zephyr is incapable of manipulating the aether, the magic of light, she has long been able to channel erebos, the dark magic of the Underworld, but forbidden to do so. For centuries, shadow vaettir like her—the offspring or descendants of humans and gods who can channel erebos—have been quietly hunted to the point of extinction by the vaettir of the aether and the Aetherials.

Zephyr may be a lousy harpy, but, as it turns out, she is also the reincarnation of the Nyx, a powerful being capable of wielding erebos with greater ability than almost anyone and the prophesied champion of the shadow vaettir. But Zephyr’s positive she’ll fail at being the Nyx, just like she’s never been able to be a proper harpy. What will she do when her entire life has been defined by failing to be what people wanted her to be?

There’s a lot of plot going on in Promise of Shadows. The story opens with Zephyr already in the pits of Tartarus and from there runs with it, using flashbacks into Zephyr’s childhood to bring the readers up to speed with previous events. The result makes for a slightly convoluted and confused beginning, and it also mirrors Zephyr’s own feelings of being out of the loop on practically everything happening to her and having to play a lot of catch-up.

I loved the premise and world-building behind this story. Promise of Shadows isn’t another tired retelling of a worn-to-shreds Greek myth, nor does it bring in very many familiar faces, beyond a couple of the gods. Justina Ireland uses the narratives, values, and archetypes of the Greek myths to tell a fusion Greek myth-inspired, modern-day story, and she does so in a way that doesn’t feel forced or kitschy. Writing-wise, the prose starts out prosaic and a bit hesitant (there were some spots where it felt like characters’ reactions were being reiterated via one-sentence paragraphs to get across a point that had already been made)and gets stronger the further in you go. Promise of Shadows‘ major strength lies in Zephyr’s voice, a nicely balanced mix of straightforward, sardonic, earnest, and heartfelt. She comes across as a modern teenager, but her thoughts and concerns are all that of a demigod creature raised and inculcated with the realities and consequences of living with and working for the Exalteds.

I also very much liked Zephyr’s character arc, particularly because it’s one not much seen in YA fiction. Her unwillingness to accept her identity as the Nyx and take up the mantle of Prophesied Champion of the Vaettir is more than just the typical “hero-initially-experiences-unwillingness-and-then-kicks-ass.” Zephyr is one hundred percent convinced that they’ve all got it wrong, and that she is not the hero they’re looking for. She’s not brave, she doesn’t want to have to fight, and all her life, Zephyr’s been a constant disappointment to her mother and all the other harpies at the Aerie. Just before getting sent to Tartarus, she failed her final Trials, forever ensuring she’d never be considered a true harpy. Now that her friends and other vaettir are calling Zephyr the Nyx and expecting her to perform great acts against their oppressors, once again she feels at the whim of other people’s expectations and visions of what people want her to be rather than what she is. Also tied into this is the issue of prophecy—Zephyr places little stock in having been prophesied both to be the Nyx and to win justice for the shadow vaettir, preferring instead to believe she has some control over her own path instead of the one laid out for her.

Another wonderful thing about Zephyr, as well as her sister Whisper, her mother, and her sort-of-aunt Nanda and sort-of-cousin Alora, all of them harpies (with the exception of Alora, who’s a seer), is that they are black characters, explicitly identified as having black skin and locs. (There are several scenes involving the discussion of and caring for Zephyr’s locs.) Promise of Shadows is an example of what Stacey Lee discussed in her afterward to Outrun the Moon regarding the need to create one’s own stories—an out-and-out fantasy book centered around characters of color without the story just because. The book does contain metaphors to modern-day racism through the divide between the shadow and Aetherial vaettir and the Aetherials and Exalted themselves, yet this particular discrimination isn’t connected to Zephyr’s race or skin color. This isn’t to say stories with PoC protagonists that explicitly deal with racism aren’t valuable or necessary, but that stories with PoC protagonists that are PoC just because, and that kind of representation regarding characters and narratives that Black kids and other kids of color can be and inhabit, are also necessary too.

There is a romance between Zephyr and her childhood friend Tallon, and for me it rates a typical meh. I didn’t hate it—Zephyr’s conflicting “do-I-like-him-or-not, what-are-feelings-and-why-are-they-so-annoying, why-is-Tallon-so-frustrating-and-confusing?” emotions were both believable and spot-on in terms of teenage realism—but I didn’t actually care about it. Tallon is a familiar YA Broody McBroodypants, and not all that interesting as a character on his own. He’s a powerful ally to Zephyr, he has secrets of his own … and he’s a Broody McBroodypants, basically. Their romance was unobjectionable written but not worth investing in. I did love Zephyr’s friendship with the deadpan, highly competent Cass, a fellow Tartarus inmate who becomes both her ally and an unexpected friend.

Promise of Shadows was a pleasantly engaging read, and the story confidently walks the balance between the expected and unexpected within the YA fantasy genre. If you’re looking for something new and different in your Greek myth-inspired young adult fiction, you can’t go wrong with this one.

1 thought on “Review: Promise of Shadows by Justina Ireland”